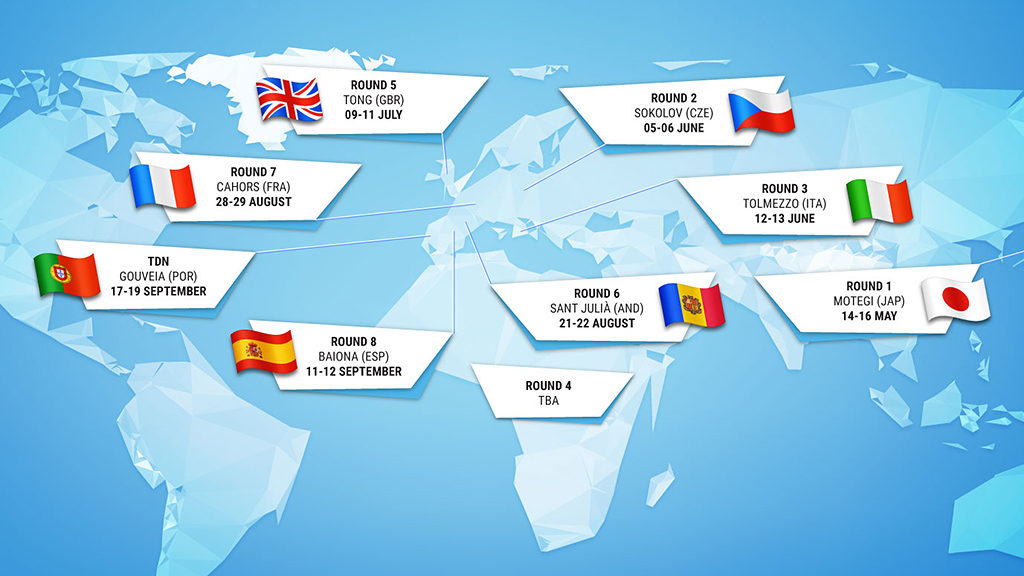 The eight-date provisional calendar for the 2021 FIM Trial World Championship has been released and, following this season’s abbreviated programme due to COVID-19, it would represent a welcome return to normality depending on the evolution of the pandemic.

With one event still to be confirmed, at present the best Trial riders in the world will compete across two continents and at least seven different countries in a schedule that runs from May until September.

The championship gets under way with two points-paying days at the world-famous Twin Ring Motegi circuit on May 14-16 where, apart from in 2020, the Japanese TrialGP has been staged every year since 2000.

Last visited in 2017, the next stop is Sokolov for the Czech Republic TrialGP on June 5-6 before competitors return to Tolmezzo for the first time since the 2011 Trial des Nations for the Italian TrialGP on June 12-13.

With details still to be confirmed for round four on July 3-4, the action then shifts to the established Tong venue where two scoring days make up the Great Britain TrialGP on July 9-11. Riders then get a break before locking horns at altitude in the Pyrenees at SantJulià for the Andorran TrialGP on August 21-22.

The penultimate round is the French TrialGP which visits the new venue of Cahors on August 28-29 before the series signs off at Baiona, scene of the 2017 Trial des Nations, for the Spanish TrialGP on September 11-12.

Competitors in the TrialGP and Trial2 class will contest all eight rounds while the TrialGP Women and Trial2 Women riders will get their championship up and running in the Czech Republic, then travel to Italy and the still to be confirmed venue before the deciding round in Spain.

The Trial des Nations will be held on September 17-19 at Gouveia in Portugal.

This website uses cookies to improve your experience while you navigate through the website. Out of these, the cookies that are categorized as necessary are stored on your browser as they are essential for the working of basic functionalities of the website. We also use third-party cookies that help us analyze and understand how you use this website. These cookies will be stored in your browser only with your consent. You also have the option to opt-out of these cookies. But opting out of some of these cookies may affect your browsing experience.
Necessary Always Enabled

Performance cookies are used to understand and analyze the key performance indexes of the website which helps in delivering a better user experience for the visitors.

Analytical cookies are used to understand how visitors interact with the website. These cookies help provide information on metrics the number of visitors, bounce rate, traffic source, etc.

Advertisement cookies are used to provide visitors with relevant ads and marketing campaigns. These cookies track visitors across websites and collect information to provide customized ads.

Other uncategorized cookies are those that are being analyzed and have not been classified into a category as yet.